“Peter Levine has captured the essence of trauma as
residing in the ‘unspoken voice’ of our bodies…
He provides a marvellous and original perspective on how trauma
results in injuries that can be transformed and healed
by attention to the natural healing powers
that reside deep within every human being.”
Bessel van der Kolk, MD

“Peter Levine is in the forefront of trauma healing,
as theorist, practitioner, and teacher.
All of us in the therapeutic community
– physicians, psychologists, therapists,
aspiring healers, interested laypeople –
are ever so much richer for this
summation of what he himself has learned.”
Gabor Maté, MD

When clients have experienced traumatic events, no matter how long ago, they often carry the fragmented remnants – and the accompanying feelings of helplessness, fear, pain, and anxiety – deep in their bodies, beyond the reach of most talk therapy. As we now know, it happens also with family traumas of which we carry an unconscious memory. 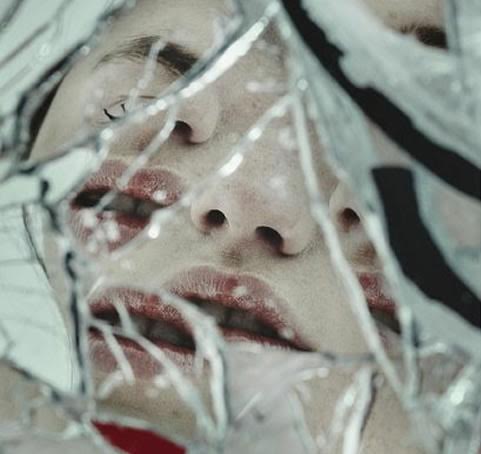 Being disconnected from our body or from a part of it is one of the most common patterns we unconsciously follow to cope with an overwhelming traumatic memory. It was a life-saving strategy at a certain time in our past, but now it becomes the strongest menace to our personal health.

For many therapists, helping these clients change their deeply entrenched responses can be a frustrating work: in top-down processing, like in psychotherapy, we are asked to talk about our problems and symptoms and the therapist, as Peter Levine once said, “often tries to get the client to feel what they’re feeling when they talk about those kinds of things”. It’s a desperate and pointless attempt.

I work with a step-by-step process for helping you safely release the traumatic stress that interferes with your ability to live your life joyfully and creatively or to engage totally in meditation or in other therapies that you’re following in order to improve the quality of your life.
I will use simple interventions based on slow movements, imagining, breathing or vocalizations for creating new experiences in the body that displace negative emotions such as shame, powerlessness, and low self-esteem.

Somatic Experiencing® (or SE) is a way for healing trauma based on more than 40 years of scientific research and experience by Dr Peter Levine, PhD. He is an American therapist, author and educator who specialized in the treatment and understanding of chronic stress and tonic immobility, more commonly known as Post Traumatic Stress Disorder (or PTSD). Dr Levine holds doctorates in both medical biophysics and psychology. He was a stress consultant for NASA on the development of the Space Shuttle program and was a member of the Institute of World Affairs Task Force of Psychologists for Social Responsibility in developing responses to large-scale disasters and ethno-political warfare. He is also an author of numerous books about trauma and post traumatic stress disorder, including In an Unspoken Voice: How the Body Releases Trauma and Restores Goodness, the New York Times Best Seller Waking the Tiger: Healing Trauma and the most recent Trauma and the memory.

Trauma is a fact of life.
It does not, however, have to be a life sentence.
(Peter Levine)

The approach is called Somatic Experiencing® because it focuses on the bodily experiences for emotional healing and the resolution of trauma. With the comprehension that wild animals are rarely traumatized, Peter Levine noted that they have internal mechanisms of releasing high amounts of energy when returning to a normal state of safety after a threat. The same regulatory processes exists within human beings, but it can be blocked by the more complex structure of our triune brain or by overwhelming emotions like embarrassment or shame, decreasing the capacity of our nervous system to return to balance after threat.

When we fail to discharge the high levels of arousal associated with survival, those massive energies stay trapped in our neuromuscular and autonomous nervous system and affect our bodies and minds. So, trauma is all this trapped and disorganized energy. When not discharged it develops into a whole constellation of post-traumatic symptoms including pain, anxiety, anger, depression, intrusive thoughts, and it avoids we can live with fullness and totality in the here and now.

We support the inherent capacity of health inbuilt in our body.
We work on awareness of bodily experiences as a primary tool,
using sensations to access the lower structures of the brain.

A SE® session doesn’t look like traditional talk therapy, even if the practitioner and the client sit in two coaches or chairs, even if the conversation goes about inviting the client to engage in his/her body awareness, in body sensations to discover innate – self-regulation and healing. SE® is a journey of self-healing, in which you’re guided to find your own agency and basically renegotiate the traumatic events, learn to revisit them to find a more mature and healthy way of dealing with them.

SE® can basically benefit anyone who has experienced something overwhelming, especially shock traumas. It is a powerful tool to deal with PTSD (Post Traumatic Stress Disorder) and it’s normally used in combination with other therapies, especially with severe disorders. If you are seeing another therapist to address other concerns and wish to incorporate SE® into your healing process, discuss this need with your therapist. You can combine bottom-up and top-down approaches for better outcomes.

Among the benefits of SE® we record reduction of the symptoms of trauma, better sleep, digestion and concentration, a significant decrease of anxiety, angry outbursts and depression, a decrease in the need to feel on constant guard or hyper vigilant, in muscle tension, increasing energy, etc.

Finally a national conference dedicated to Somatic Experiencing®, the revolutionary neurophysiological approach to the resolution of the trauma, conceived by dr. Peter Levine! Twenty years after the entrance of the Training and of the SE® practice in Italy, our association “Progetto Somamente” wants to further spread or SE® culture, sharing the most current scientific research and introducing the amazing work of well-known SE® teachers.

The Conference will be in English with Italian translation. You will have the chance of spending three entire days in a wonderful location in Milan, enjoying the teachings, learning from the workshops, sharing your experience with other practitioners and professional.

Getting to know the
NEURO-AFFECTIVE-RELATIONAL-MODEL (NARM®)

We were all born with the natural impulse to be alive and connected, to manifest our uniqueness in joy and love, but for many of us this impulse was not supported or was actually repressed in our childhood. In order to survive in a hostile environment, we developed adaptive mechanisms. Other traditions call these strategies “character” or “false Self” adding unnecessary judgement and forgetting to recognize that they were life-savings copying strategies. The risk is to induce people increase a sense of guilt, shame or self-hatred that we really do not need to reinforce with so-called “spiritual” approaches.

The best approach to trauma healing is
educate people to self-love and self-compassion,
the basic requirement to be able to really love others.

The core conflict in human beings is not being able to satisfy their natural desire for connection, vitality and joy, because for some reason in childhood we had the feeling that it would have compromised our possibility to receive love and protection. In order to avoid the unbearable sense of fear coming from a perceived (or real) hostile environment, we developed different disconnection strategies. In so doing we could save our life in the only way a child can do it by protecting his/her attachment relationship with the caregiver, no matter how frustrating or scaring it might feel to the baby. We paid the price of our full vitality in order to get our life saved.

The NeuroAffective Relational Model ® is a powerful approach specifically designed for addressing attachment, relational and developmental traumas. It was created by Dr Laurence Heller, PhD, introduced in his book “Healing Developmental Trauma: How Early Trauma Affects Self-Regulation, Self-Image and the Capacity for Relationship“. Heller, a psychotherapist and former teacher of Somatic Experiencing, …

NARM® is a mindfulness-based approach in which
trauma is seen as a highway to individual and spiritual growth,
starting from a better quality of life in the present.

In NARM® we base our approach on four pillars in which intention and agency of the client are constant concern and objective of the counsellor. NARM® is a non-regressive, non-cathartic, resource-oriented model that will help organize and integrate disorganized parts of your body-mind experience, working on nervous system self-regulation.

With NARM® you will understand and explore the five organising principles of our development and the five adaptive survival styles, with their identity distortions and their specific strategies to manage disconnection and dysregulation. You will understand how these styles were internalized in order to protect the attachment bond.